Have you ever asked "Should I move to North Carolina?" or "Why move to Charlotte NC?", then let my guest vlogger Gareth Leonard of Tourist2Townie take you on an extensive YouTube video tour of the greater Charlotte, North Carolina area with lots of fun things he did while here and a number of great places to eat in Queen City. Let's go!

Thanks, Gareth Leonard! So, now here's my take of the pros and cons of living in Charlotte. Spoiler alert: I have no cons, except perhaps some traffic congestion. But that's what happens when you live in an amazing city (and state) and everyone is moving to Charlotte!

How About Those North & South Carolina Beaches?

The pros and cons argument always comes up for folks wanting to relocate South from the cold, hard winters of New York and New Jersey, for sure. But for me, moving to Hilton Head Island, South Carolina from Indianapolis was a dream come true back in 2008. I thought "Everyone else gets to move South, I want to go!" Those three years living in Shipyard on the south end of HHI made me some amazing memories. And then, on to Charlotte with a reinvention of myself as a YouTube Creator and a foray back into real estate.

And even though my first big trip as a twelve-year-old was a vacation on Ocracoke in the Outer Banks of North Carolina, I have discovered a number of the great beaches of the Carolinas. Many of you have visited some of these every year on vacation and looked forward to that getaway immensely. Places like Emerald Isle, Atlantic Beach, Oak Island, or Bald Head Island. Or maybe the still popular Myrtle Beach, and for the beach and golf, there's Kiawah Island and Seabrook. But, my favorite will always be where I spent my first three years in the South, and that's Hilton Head Island. I even co-wrote and drummed on a song about the island's alligator trapper called "Fed Gator's a Dead Gator (The Ballad of Alligator Joe"), which I hope you'll watch it here to pick up the Hilton Head vibe.

Is Moving to Charlotte the Right Move For You?

Well, to be clear about a huge pro of moving to Charlotte, you can wake up any given day and head to one of these great Carolina beaches and have lunch at the Atlantic Ocean to begin a great week-long vacation. How 'bout that?

And yes, there are secrets about the pros and cons of living in Charlotte that you may not know, so find how and check out the video! 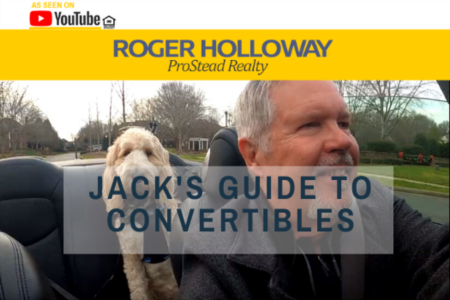 Roger and Jack Driving With The Top Down Ever since Jack my dog won "Real Estate Dog of 2019", we don't hear the end of it ... 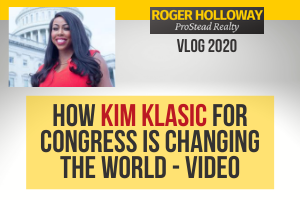 How Kim Klasic for Congress is Changing the World - Video

Kim Klasic for Maryland Congressional District #7  Like millions of Americans, my heart has been enriched by one Kim ...